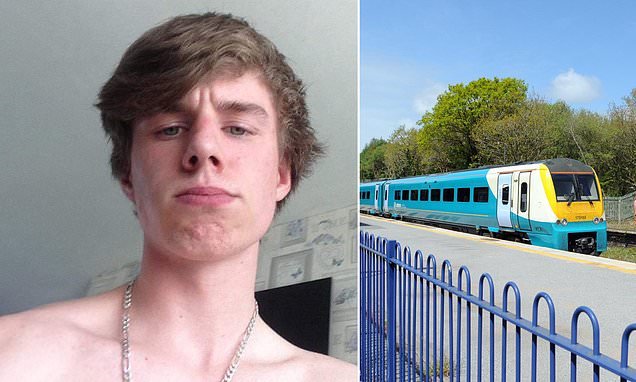 A ‘daredevil’ teenager, who was known to regularly engage in parkour, has died after ‘hurling himself’ from a train station railing, an inquest has heard.

Ryan Davies, 18, suffered a serious head injury when he fell at Gowerton Station, near Swansea, on September 12 last year.

CCTV showed Ryan jumping off the railings at the village station, but the coroner said the footage was too blurry to determine whether he had been practising his hobby at the time.

Train driver, Paul Summerfield, pulled into the station when he discovered Ryan ‘stumbling and confused with only one shoe on.’


In a statement to the inquest, he said: “We were concerned that he had been attacked or had been hit by another train.

“He was mumbling incoherently and I noticed blood was running from his ear.”


Ryan was taken to hospital and spent two weeks in intensive care. Sadly, his family made the heartbreaking decision to turn his life support machine off. He died on September 28.

His mother described Ryan as ‘a keen freerunner’ and ‘a daredevil who wasn’t afraid of heights and would try and jump off anything.’