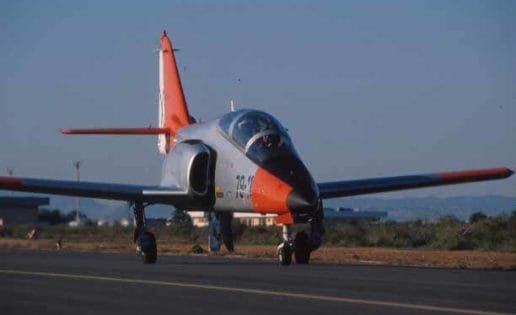 A jet plane from the Military Air Base in San Javier, Spain has crashed this afternoon, killing the pilot on board.

The plane came down near Manga del Mar Menor, in Murcia, according to air control reports. The accident, was reported by nearby neighbours, who reported a ‘flying object’ falling into the sea to emergency services.

The jet in question is a C-101 jet, usually used by Aguila’s patrols Patrulla Águila, as well as the military’s Air Academy Academia del Ejército del Aire. Since this model has been in service in 1980, it has been associated with approximately 10 accidents and 14 military deaths.

Today’s incident is the third aviation accident reported on Murcia’s coastline in just less than a year. We will continue to report on the incident, as more details emerge.