the art of publishing
More
Home News Jeremy Kyle Will Return to TV Screens One Year After Show Was... 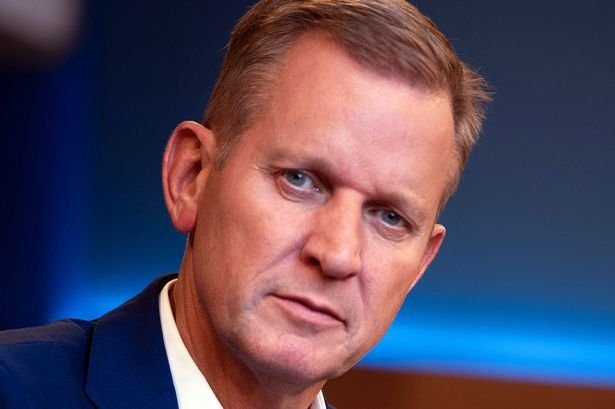 Jeremy Kyle is returning to TV screens a year after his show was axed over the death of one its vulnerable guests.

The 54-year-old father and presenter is preparing for a return later this year and has vowed to ‘have his say’ after ‘battling the unimaginable consequences’ of the suicide of Steve Dymond.

It is thought that the presenter will be returning with a brand new show later this year.

His new manager, Claire Powell, announced that Kyle was back with a bang.


“So pleased to welcome the very talented and very real…Jeremy Kyle exclusively to @the_can_group For 14 years, Jeremy Kyle dominated Daytime TV with his hugely successful eponymous talk show,” she wrote on Instagram.


“Jeremy first came to prominence as a Sony Award-winning radio host who changed the game at BRMB, Virgin Radio, Capital FM, talkSPORT and talkRADIO. Known for his honest, engaging opinions, Jeremy has also authored numerous columns for The Sun and a bestselling book for Hodder & Stoughton.

“A committed father and family man, he’s also a cancer survivor who has miraculously just welcomed a new son (and grandson!) into the world.”

“WATCH THIS SPACE!” she added.

Kyle is yet to address the suicide of Steve Dymond, who was found by his landlady after he took his own life. He had failed a lie detector test and was believed to be crushed by the results.