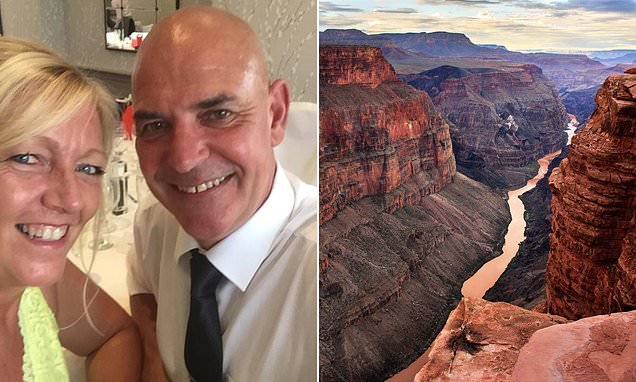 A British father who fell to his death whilst skydiving in the Grand Canyon was given a parachute with holes in it, it has been revealed.

Christopher Swales, 55, had been jumping in tandem with an instructor as a 30th anniversary gift from his wife.

However, there was an issue as the father-of-two, from North Yorkshire, came into land at the Grand Canyon National Park Airport. He was sadly killed and his instructor survived with a broken leg.

Mr Swales was found unconscious after the tragic accident and later died from his injuries in hospital.

The skydiving activity was bought as part of a package from a company named Paragon Skydive. Investigators later discovered that the parachute was damaged. The canopy had ‘numerous’ holes that had been patched up and circled with pen to track the ‘continuing tear’ of the fabric.

Wind speeds were at 27mph at the time of the jump – which is 2mph more than what is allowed to skydive in the UK.

US police have since closed the case, ruling Mr Swales’ death as an accident. The skydiving company have insisted that ‘all the equipment was functioning 100 percent correctly.’

The company have placed blame on instructor, Matthew McGonagle, for panicking when turning too quickly after missing the landing point.

Mr Swales was a step-father to his wife Deborah’s eldest son, Alan. The couple renewed their vows last October after 30 years of marriage.