the art of publishing
More
Home News Dad leaves child, 14, at airport with expired passport and goes away... 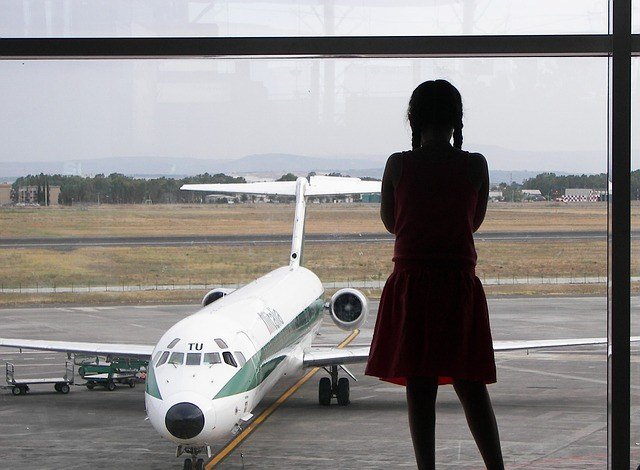 A dad left his 14-year-old daughter at the airport after they discovered she only had two months left on her passport, and still went away without her.

Getting away on holiday involves a lot of planning – from what to pack to booking flights to checking everyone has their passport.

One dad and his wife and children thought they had found the perfect break and were on their way to a relaxing holiday when they realised they had forgotten one key detail.

After years of saving, the dad, his wife and his three children aged nine, 11 and 14 – booked their first holiday abroad.


His 14-year-old daughter from a previous relationship had already been on holiday overseas with her mum but his two younger children had never been abroad.

It meant they had brand new passports for the trip while his eldest daughter had used hers before.


The dad explained that when he asked his ex-partner to fill in his daughter’s passport details online, she refused and would only give him the expiry date.

After confirming that it had one year, the father and his wife  went ahead and booked the exciting trip.

Everything was going to plan until disaster struck when they got to the airport.

It was when they queued to pick up their tickets, that he learnt that his 14-year-old daughter’s passport was due to expire in two months time.

This meant the airline wouldn’t let her fly as it was their policy for passengers to have at least six months left on their passports.

The expensive holiday was non-refundable and to make matters more complicated the dad’s wife said she would cancel the entire trip if he wasn’t with her.

She insisted she wouldn’t be able to handle travelling overseas with the two youngest children for the first time alone.

After discussing the situation with his wife, the dad decided to go on the trip with her and his two youngest children – leaving his eldest daughter alone at the airport.

The dad explained: “Naturally, my daughter was very upset and I promised to take her on another trip once her passport was renewed but obviously that wasn’t going to make her feel better.”

He then arranged for his dad to pick up his daughter from the airport.

The dad admitted that he was “miserable knowing that I had left my daughter behind”.

He added that he’d been sent text messages from people back home questioning their decision.

When the family came back from the holiday, his daughter refused to see or talk to him.

She even said she wanted to change schools as other kids were teasing her for “lying” about going on a trip.

The dad said: “I’m absolutely gutted. Only my younger kids actually enjoyed the trip and my wife and I are extremely upset that my daughter isn’t talking to us.”

Even though he was certain at the time that he’d made the right decision, the dad turned to Reddit for advice.

But users were divided on the matter. One said: “I don’t blame this man one bit for still going on the trip”.

Whilst another agreed: “If they cancelled the entire trip because the ex wife lied about daughters passport, there is a strong chance that the other children would resent their half sibling for ruining their trip. They would be too young to understand it wasn’t her fault.

But others thought he’d done the wrong thing.

One man said: “She’s 14. All she knows is that dad and his new family left her at the airport.”

And another added: “Losing thousands of dollars and missing a big holiday would be totally worth it to me to have ALL my kids with me, and not leaving one behind”.