the art of publishing
More
Home News Woman is beaten up in Birmingham after stepping in to defend her... 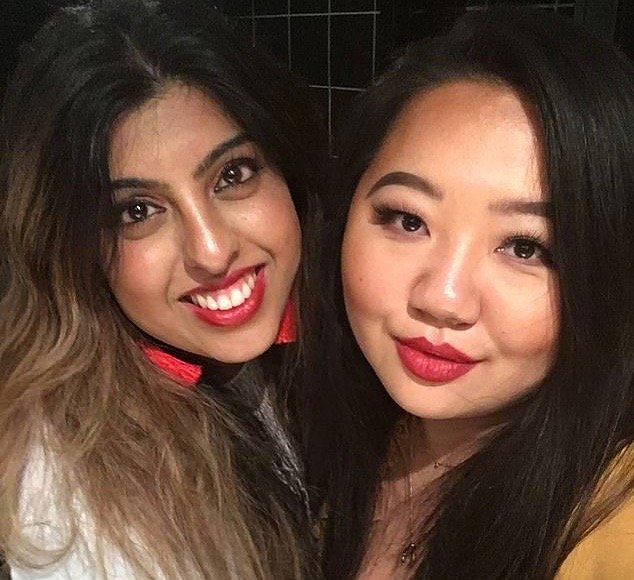 Woman is savagely beaten in Birmingham after stepping in to defend her Chinese friend after she received racist abuse.

Trainee lawyer Meera Solanki, from Solihull, was punched and knocked unconscious after she stepped in to defend her Chinese friend who was accused of carrying coronavirus.

She was out in Birmingham celebrating her 29th Birthday, and was inside the venue with her friends including Mandu Huang who was visiting from London, when the group were targeted by a group of Asian men.

Miss Solanki said she was repeatedly harassed by one of the men, so the group of friends left the bar.

Miss Solanki said: ‘I was having birthday drinks with a group of of girls and guys including Chinese friends.


‘There were a group of Asian men inside the venue – one of them kept coming up to me and harassing me. He seemed to have a problem with me being an Indian girl with a multi-racial group of friends,’

Miss Solanki added: ‘We tried to ignore him, even when he tried to spit at one of my friends.


‘Towards the end of the night – there was just the three of us girls left including my Chinese friend Mandy.

She continued: ‘The man came over again and was being aggressive so we left but he followed us.

For some reason he got really angry with her. He started abusing her calling her a dirty c****.

Miss Solanki said she shouted at the man because she was shocked and angry and tried to push him away.

‘He punched me in the head, I hit the pavement and was knocked unconcious,’ Miss Solanki said.

An ambulance was called to the scene and a witness said:  ‘What I saw was beyond despicable. A totally vicious assault.’

Miss Solanki was treated at Heartlands hospital and suffered concussion.

She added: ‘I was so shocked and horrified by his aggressive behaviour and horrific words.

‘As I lay unconscious he continued to threaten my friends and abuse them before walking away calmly with his group of friends who did nothing to stop him or help me.’

West Midlands Police have launched an appeal to find the thug responsible for the shocking violence.