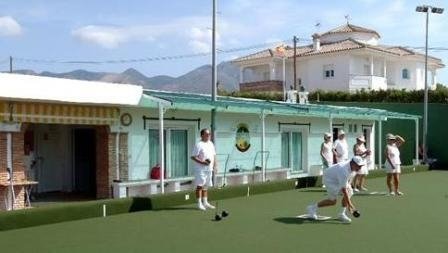 Mijas Bowls club are not in harmony right now as the president of the club has tried to change rules and regulations.

Many bowlers have refused to play since the presidents announcement which has not gone down well with community of bowlers.

Bill Neal, long established member of the club is up in arms and refusing to play, as well as many bowlers whilst the president of the club attempts to make his changes, whilst players are on strike and taking their bowling actions else where.

Mike Barber a close source said ” It’s chaos right now, the president of the club has tried to amend changes and it appears the committee don’t agree, bowlers are up in arms and not playing, Bill Neal is a top bowler but he hasn’t turned out for the club for a week as well as others too”

Whilst disputes wrangle between members we hope it’s resolved soon as it’s supposed to be a quiet sedentary game.