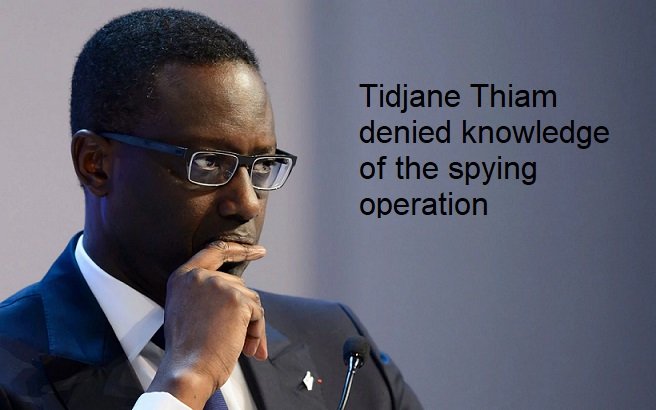 It’s a scandal that potentially could rock the world of high finance, Credit Suisse said on Friday it had accepted chief executive Tidjane Thiam’s resignation following a spying scandal.

The Zurich-based bank said he would be replaced by Thomas Gottstein, the head of the bank’s Swiss business. Credit Suisse’s board also said chairman Urs Rohner had their backing to complete his term that runs until April 2021.

Switzerland’s second-biggest bank has been embroiled in a widening crisis since September when its former star wealth manager, Iqbal Khan, after switching to rival UBS, confronted a private detective following him and his wife through downtown Zurich.

What the bank initially said was a rogue spying case run by then-chief operating officer Pierre-Olivier Bouee widened as details emerged of additional instances of surveillance.


Swiss financial supervisor FINMA is conducting its own investigation after the bank subsequently acknowledged it had tailed former human resources head Peter Goerke. In exiting, Thiam again said he knew nothing about the surveillance of Khan or Goerke.

The troubles started in September when it emerged that the bank spied on star banker Iqbal Khan after he announced his departure for crosstown rival UBS Group AG, but it soon emerged that human resources chief Peter Goerke was also followed. An investigation by Homburger into the affair concluded that Bouee had acted alone and without informing other top managers — including Thiam — when having Khan followed through the streets of Zurich. When a second case emerged, the bank again blamed Bouee.


“I had no knowledge of the observation of two former colleagues,” Thiam said in the Credit Suisse statement. “It undoubtedly disturbed Credit Suisse and caused anxiety and hurt. I regret that this happened and it should never have taken place.”

The Credit Suisse board said it backed Rohner, who has been under pressure from Swiss investment adviser Ethos Foundation to quit.

“Urs Rohner has led the board of directors commendably during this turbulent time,” said board member Severin Schwan in the bank’s statement.

“After careful deliberations, the board has been unanimous in its actions, as well as in reaffirming its full support for the chairman to complete his term until April 2021,” Schwan added