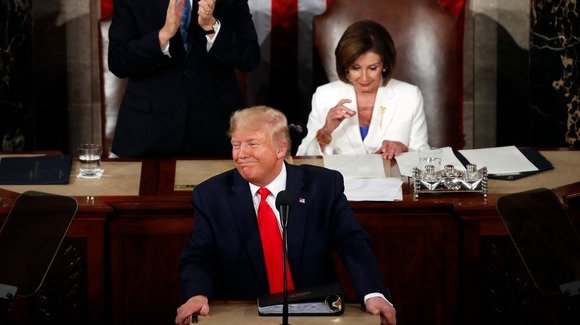 The Republican-controlled US Senate has voted to clear President Donald Trump of all impeachment articles against him. The acquittal means Mr Trump will remain in power.

President Trump faced being removed from office over charges he abused his power by attempting to sway Ukraine into investigating a political rival, and then obstructed Congress attempting to investigate the issue.

On the first count of impeachment, abuse of power, 52 Senators voted to acquit and 48 votes to convict. Among those siding against the President on the first count was Republican Senator Mitt Romney, who said Trump was “guilty of appalling abuse of public trust.”

On the second count – obstruction of Congress – Senators voted 53 to 47 to acquit the President. Romney did not vote to convict on this count of impeachment. Senators pushing to remove the President from office needed a two-thirds majority, or 67 votes, to be successful.