THE Mossos d’Esquadra police force have appealed to the public for information on the whereabouts of an elderly man with Alzheimer’s who failed to return to his home in Spain’s Barcelona on Wednesday, February 5.

The missing 77-year-old man who is named Raimundo was last seen yesterday morning walking around the streets of the Gràcia district.

Officers describe Raimundo as being between 1.60 and 1.70m tall with a weight between 60 to 70kg. At the time of his disappearance he was wearing a red fleece and green trousers and was using his two folding canes.

Anyone with information in Spain is urged to call the emergency services hotline by dialling 062, 091 or 112. 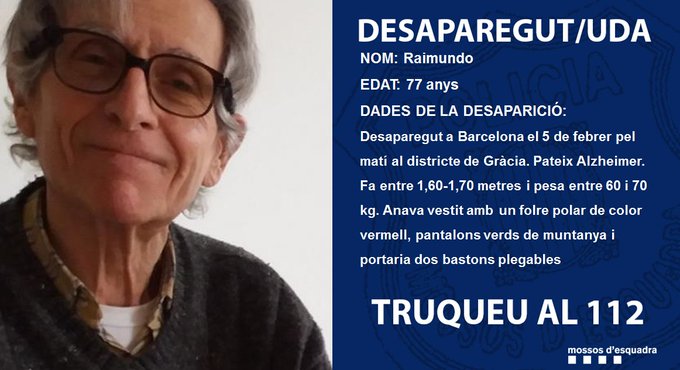 Minister Of Health Responds To Moreno About Home Confinement