the art of publishing
More
Home News TERROR UPDATE: Multiple people stabbed in London before man is shot down... 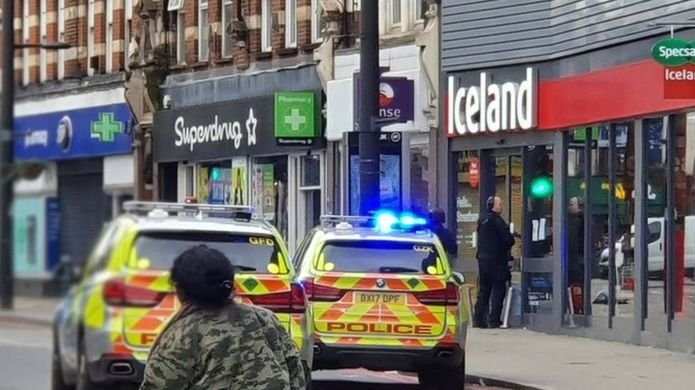 A man has been shot by armed officers in a “terrorist-related” incident in south London, the Met Police have said.

Armed police have shot a man after a number of people were stabbed during a knife rampage in the middle of a busy high street in broad daylight – three months after two were killed in London Bridge horror.

Images on social media show a person face down on the ground outside Boots, with a police officer holding a gun next to a black BMW.

The person on the floor appears motionless and is wearing grey trousers, black shoes and a green jacket.

Eyewitnesses reported hearing gunshots and shouting and seeing a blood-covered man in the street at around 2pm.


One said he saw a man staggering before collapsing, adding that there was a lot of blood where he had been standing.

Two people have been confirmed as injured, the man is believed to be dead.