the art of publishing
More
Home News My mum was in intensive care in a coma from a ‘Tick... 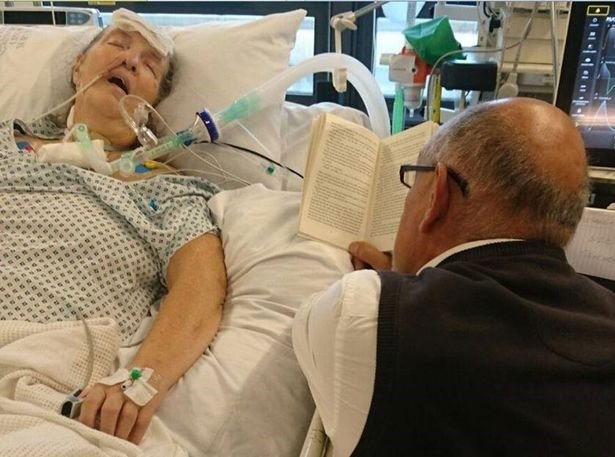 Sheila Pawan was in an induced coma as she suffered full-body paralysis. She had developed an autoimmune disorder, triggered by a tick bite.

The mum, from South Wales, began experiencing numbness in her feet alongside pins and needles before it spread to her arms and legs, causing her severe pain and a loss of balance.

The next day, she woke up unable to walk or even dress herself, before her family rushed her straight to hospital.

Medical staff weren’t able to diagnose when Sheila first arrived at hospital but after being moved to the intensive care unit, she was in severe pain and unable to breathe, doctors suspected that a rare and life-threatening autoimmune disease was the cause.


Doctors told her family she had Guillain-Barre syndrome (GBS), an autoimmune disorder where the immune system attacks healthy nerve cells in your peripheral nervous system and was put into a induced coma for six weeks.

Her daughter, Elizabeth, said: “In most cases it is believed to be triggered by a viral infection and in my mother’s case I remembered she had a bite from what appeared to be a tick shortly before.


“I passed this information to the consultant and they had just sent tests to Bristol to check for Lyme’s disease.

“The nurses worked around the clock to keep her stable. It was a very traumatic time for us.”

Sheila started to recover six weeks later, but as her recovery progressed, Sheilas heart stopped resulting in an immediate operation to fit a pacemaker.

Sheila spent seven months in hospital recovering, which Elizabeth added: “As a family the traumatic events took its toll on us.

“I had been trying to keep strong for so long and being unable to talk about it made me feel worse.

“I felt totally numb and detached from everyone and everything.

Now the family are trying to raise awareness of the condition, which is thought to affect 50 people in Wales a year, and even want to set up a support group for people who have suffered from it.

The uncertainty around Sheila’s health certainly took its toll on the family, with Elizabeth diagnosed with depression at the time.

She has since been raising money for mental health charity Mind, in Neath Port Talbot, and is even gearing up for a tandem skydive in February.