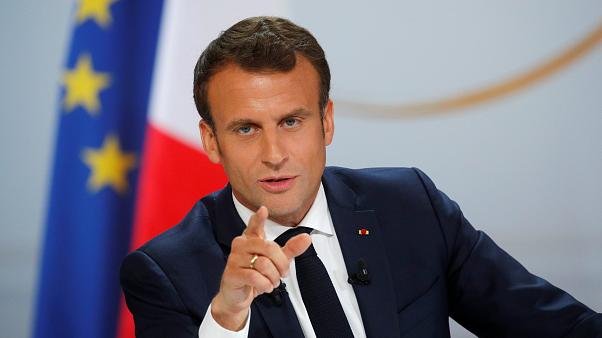 AS the United Kingdom officially left the European Union last night, leaders have expressed their sadness on their departure, with the President of France, Emmanuel Macron stressing Britain’s “unrivalled ties” with the French.

Mr Macron said he was left “deeply sad” after the UK ended 47 years of membership in the EU on Friday at 23:00 GMT, more than three years after the nation had voted to do so in a referendum.

In an open letter to the British public, Mr Macron said he was thinking of the millions of Britons “who still feel deeply attached to the European Union”. He said:

“Dear British friends, you are leaving the European Union but you are not leaving. Nor are you becoming detached from France or the friendship of its people.

“This year marks the 80th anniversary of Charles de Gaulle’s dramatic June 18, 1940, appeal from London, where he had escaped with the remnants of France’s army, for French citizens to resist while awaiting UK and US help in fighting Nazi Germany.


“The French know what they owe the British, who allowed our Republic to live. I am coming to London in June to award the city the Legion d’Honneur, in tribute to the immense courage of a whole country and people.

“The UK has been a central player in the European project… a more influential player than the British have often themselves imagined.


“The Channel has never managed to separate our destinies; Brexit will not do so, either.”

Mr Macron added that the EU must learn lessons from the the UK’s “shock” departure, stating that: “I am convinced therefore that Europe needs new momentum.” He also defended the way in which France had conducted itself during the Brexit negotiations, citing that neither the French nor anyone else in the EU was “driven by a desire for revenge or punishment”.

He also acknowledged that the uncertainties surrounding Brexit are far from being settled, not least on the fallout on trade relations. He said: “Ease of access to the European market will depend on the degree to which the European Union’s rules are accepted, because we cannot allow any harmful competition to develop between us.”

Guy Verhofstadt, the EU Parliament’s Brexit co-ordinator, also responded to an emotional message which had been projected onto the White Cliffs of Dover by a pro-EU group. Writing on his official social media accounts he said: “We will look after your star and work to ensure the EU is a project you’ll want to be a part of again soon.”

Meanwhile, Britons who were evidently pleased to be leaving the EU, held Brexit parties across the UK as the country counted down to its official departure – a moment that felt almost like a celebration to ring in the New Year.

Thousands gathered at Parliament Square in London, singing patriotic songs and cheering speeches from leading Brexiteers, including Nigel Farage. The Brexit Party leader spoke to the press and stated that: “This is the greatest moment in the modern history of our great nation.”

In Scotland, where a high proportion of people voted to remain in the EU, hosted candlelit vigils and anti-Brexit rallies where pro-EU campaigners took part in a ‘Missing EU Already’ rally outside the Scottish Parliament.

In a message released on social media an hour before the UK left the EU, Prime Minister Boris Johnson vowed to bring the country together and “take us forward”. He said:

“For many people this is an astonishing moment of hope, a moment they thought would never come. And there are many of course who feel a sense of anxiety and loss.”

As we embark on a new chapter, let's come together and build a brighter future for the next generation. pic.twitter.com/0VHVPfv5sp