the art of publishing
More
Home News As Brexit Day Arrives Finally- Expats In Spain’s Andalucia Slaughter It And... 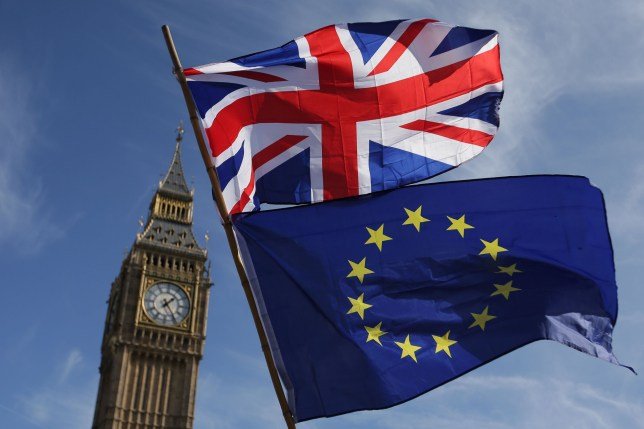 At 12 pm tonight as we are all aware in Spain, Brexit takes place after many years of one vote and much debate afterwards.

Whilst it’s now the talk of Europe and the hot topic of the day, we the Euro Weekly News took to the streets to ask expats final opinions before the clock strikes and the UK departs the European Bloc.

British expats who weren’t even allowed a vote in the referendum are furious and quite frankly slaughtered what’s taking place today.

First we spoke to politics follower Paul Gregory from Torreblanca Spain who said ” It’s a very sad day, it should never have happened in my opinion, David Cameron is the reason this is taking place, he used it in an election manifesto, thinking it would get him votes and that the consequences of a referendum would be a doddle and never expected the outcome. He’s the person to blame for this fiasco, it’s all down to him. The referendum was then hijacked by buffoons such as Nigel Farage, people listened, the right wingers came out  and sabotaged the campaign, people who don’t have a chuffing idea about politics or the real implications voted on all the wrong reasons, mainly immigration which has nothing to bloody do with the EU, people still to this day think it is, so why are they trying to escape from France across the channel? Anyway it’s all been farcical, the people should never have been given a vote on it in the first place, it was like asking a general car driver to join NASA and go to the moon – pathetic! Britain will badly suffer from this for years to come both in business, economics and lifestyle.”

Next up was Sammi Chivers aged 24 who works as a waitress in Fuengirola’s fish alley she said “I feel like crying I really do, I blame all the old farts, young people didn’t want this at all, it’s our future not theirs, I watched all the oldies on the TV giving interviews on the News and also Question time, they hark on about the old days not the future, they dream of going back not forwards, half of them haven’t even been further than Blackpool, freedom of movement will now go which is a great shame, the old stuck in the muds dreaming of the past are to blame for all this”


Jason Buckley 38 had the same views as Sammi but stronger as he told us ” The older generation dream of returning to a Great Britain and voted on that basis, Great Britain died years ago, that’s never coming back, the clowns think it will by voting out? they are in for a big shock I tell you, but by the time they have kicked the bucket we will still be left out of what was a great future for us in Europe. Britain is no super power these days it’s a tiny island in a big wide world, and now will shrink further, I’m so glad I’ve left the stinking sinking little island and those people who voted out should be hanging their heads in shame today!”

Businessman and economist Paul Furlong who own’s several large retail outlets in the UK with over 400 staff and operates from his office in the hills of Mijas Pueblo said ” How much has all this cost? Billions of pounds wasted, Brexit has also killed British retail trade the last few years as consumers did not want to spend as they lived in fear of if and what was going to happen, Businesses have and are going to the wall simply because of Brexit. Further job losses will also follow now over the next 11 months, products in the high street will raise further in cost, the pound will take years to recover against the Dollar especially. It’s already crippled my business operation as we import as nothing is manufactured in the UK these days. We had no choice but to raise prices on our product lines whilst customers feared purchasing let alone having to pay more. Brexit will take Britain down”

Richard Stent again in Fuengirola though was more concerned about himself ” I’m worried how we are going to be treated now, how will the Spanish treat us expats, we get enough red tape as it is, now we will get far more is my belief, but it is a very sad day indeed, this should never have taken place”

Vicky Ellery had different concerns “I like to travel, I for instance pop over to Portugal once a month, freedom of movement has been the greatest thing and now it’s being removed, we should all have the freedom of movement across Europe, I’m appalled and despise all the people who voted out and I will never speak to an out voter again”

Spain suffers the highest number of cases in Europe