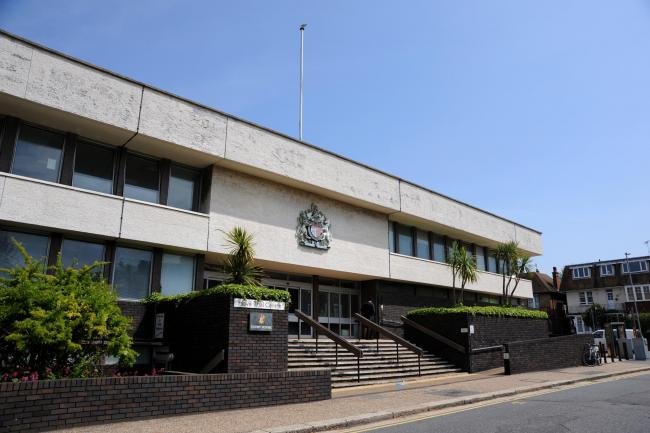 A boarding school headmaster would allegedly watch young boys and drink wine as they showered at Fernden Preparatory School in West Sussex.

Frank Skipworth, 79, of Eynsham, Oxfordshire, would watch male pupils showering, as he sat their drinking wine, Hove Crown Court heard. He also assaulted ten young boys that were vulnerable after being left by parents under his supervision. A former pupil informed how Skipworth would sit there sipping on wine – observing the showering boys. Another revealed how he we abused in his bed, after the headmaster beat his bare buttocks with a slipper.

Skipworth is now facing 23 counts of indecent assault on the pupils of the now closed boarding school. It was closed in 1985 for ‘financial reasons.’

It is alleged that he had access to the sons of diplomats and army officers when supervising the showers, during his tenure as headmaster. Skipwith became headmaster, aged 39, in 1979 and allegedly lived in a flat next to the dormitories with his wife and three sons – who were among the school’s 100 pupils.

Toby Fitzgerald, prosecuting, said: “It follows from his position as head master, he was responsible for the welfare of the children as the school. A devoted family man, to all appearances, he could sound both kindly and charming.

“Perhaps the model of a country school master to all appearances. It is the Crown case he used his position to cater to his sexual desires towards pre-pubescent boys.”

Fitzgerald added: “He would have a glass of sherry or wine while supervising the showers. He would use alcohol to enhance his enjoyment of looking at the boys in the shower.”

A former pupil of the school, now in his 40s, has told police how he was beaten with a training shoe by Skipworth and later visited in his dormitory.

The former pupil gave information on his experiences and Skipworth’s activities, saying: “I was crying from the pain. I don’t remember what he said to me. He was trying to apologise, make things better, sort of comfort you because you’d had your punishment for what you’d done.

“At the time, you don’t know what he’s doing. You don’t know that it’s wrong and to some extent it’s strange because you sort of felt that he was giving you attention and you knew that at times you would see prior to when it first happened to me.

“He would spend time with other boys by their beds and without knowing what was happening or understanding, you sort of wanted that attention as well.

“You are very young, away from home and it’s wrong to think that way but he was obviously abusing his position and using that trust in what you thought was comforting and a caring person. But someone that was abusing you at the time.”

Skipwith denies indecent assaults on ten boys aged between eight and 10 from 1981 to 1983. The trial continues.