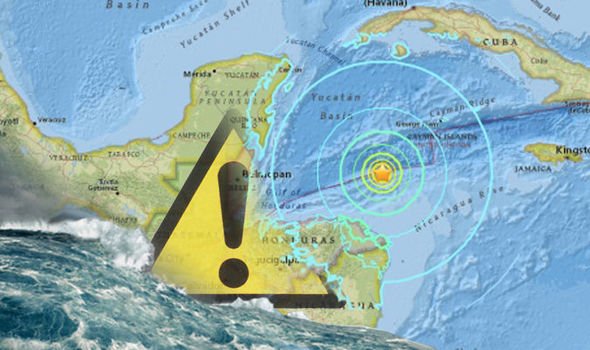 A Tsunami warning has been issued for parts of the Caribbean coast after a large earthquake struck.

Jamaica, Cuba and the Cayman Islands are all said to be at high risk.

The US Geological Survey said the 7.7 – magnitude quake hit off the northwest coast of Jamaica, prompting the US Tsunami Warning Centre to issue an immediate alert.

Buildings in Miami have been reportedly evacuated, due to it’s large scale.

The centre of the earthquake was shallow, six miles beneath the surface of the ocean, prompting fears of damage. Shallower earthquakes are predominantly more destructive.


Tsunami waves as high as a metre are possible along the Caribbean’s coasts with Mexico also being at risk.

There is pending information to see whether there was any damage or injuries.

A journalist, covering a trail in Guantanamo Bay tweeted: “The earth is literally shaking here in the Camp Justice press room. Tremors rocking the floor and desk.”