the art of publishing
More
Home News WATCH THE EXITEMENT AS A GORGEOUS LITTLE BOY FINALLY GETS ALEXA TO... 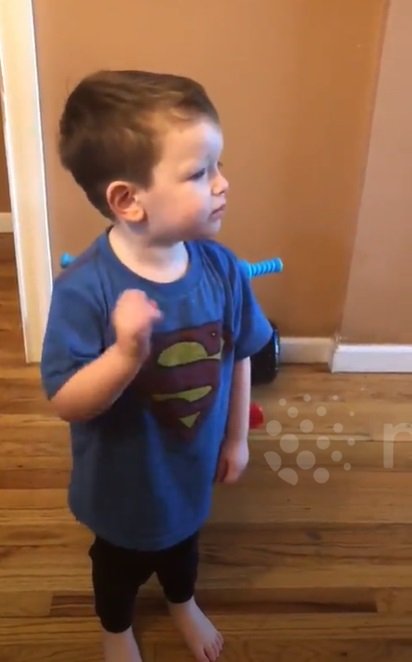 Sit back and watch the adorable moment two-and-a-half-year-old Jackson tried to activate Alexa but can’t because she doesn’t understand him. ‘It doesn’t listen to me!’ He cries to his to his mother, the adorable toddler gets upset because Alexa won’t listen.

The toddler gets frustrated at Alexa ignoring him. Jackson’s mum Melissa told Newsflare: “Alexa is very big in our house, we use her to listen to music all the time. “He picked up how to do it by hearing us all the time and always tried to call her but she never picked up his little voice.

“So that day he was very excited that she finally stopped when he said? Alexa? . I decided to record him cause I thought it was adorable!”

Jackson wanted Alexa to play him Wheels on the Bus, but she couldn’t understand what he wanted.

“She doesn’t listen to me!” you can hear Jackson saying before getting very excited that she finally understands him. Click on the link below to play the hilarious video…