THE phrase quantitative easing became well-known when the banking crisis loomed large and it basically consists of Central Banks printing more money in an effort to bolster their countries economy.

At one time it appeared that this method of creating artificial wealth was a thing of the past but information compiled for the Davos World Economic Forum shows that this is far from the case.

Indeed, Kristalina Georgieva, managing director of the International Monetary Fund said at the forum that recent actions by various Central Banks represented the “most synchronised monetary easing since the global financial crisis”.

The European Central Bank (ECB) resumed its programme just towards the end of 2019 by creating a flood of new euros to buy bonds from different member states at a monthly pace of €20 billion and this is not a short term policy.

Since September the US Federal Reserve has been pumping around €50 billion a month into the economy, although it denies that this is quantitative easing even though it looks suspiciously like it.

The Bank of Japan supposedly never stopped and even the Bank of England admits that it is contemplating returning to this form of economic support depending on the financial situation after Brexit.

As many of these Central Banks are now independent of government direct control, the situation arises whereby a collection of unelected public servants are increasing involved in creating global economic policy in a bid to try to keep economies buoyant but with no real guarantee of success. 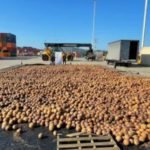 NATO thanks Spain for its ‘vital contribution’ in Eastern Europe

Spain
Pedro Sanchez receives a message of thanks from the NATO secretary-general for Spain's support in Eastern EuropeJens Stoltenberg, the Secretary-General of NATO, this Sunday,... 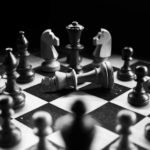