Alena Kate Pettitt spent her 20’s working in a high marketing role, but now runs her own academy that teaches women how to ‘spoil their husbands like it’s 1959.’

Pettitt decided to give up her successful job after getting married, following the birth of her son. She resides in the Cotswolds, where her days revolve around making sure everything is perfect for her husband and son. She has even set up ‘The Darling Academy’ where she will help others improve their housewive skills. The academy focuses on good manners, etiquette and homemaking. 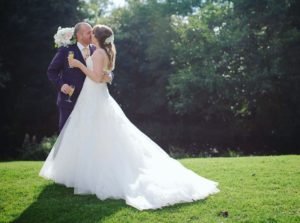 Women have been battling sexism for many decades, hoping to evolve the stereotype of being just wives and mothers. However, Pettitt has admitted that she feels that it’s exactly what she was born to be.

Speaking to the BBC, she said: “The culture (in the 1990s) was anything but what I enjoyed and it definitely made me feel like an outsider.

“It was all kind of, let’s fight the boys and go out and be independent and break glass ceilings. But I just felt like I was born to be a mother and a wife. What I really related to were the old shows of the 1950s and 60s.

“I grew up in a single-parent household. My mum had to go out to work. The home became this huge burden on her and I suppose at that point in time I probably identified that I didn’t want that same life.

“The rebellion really came when I met my husband, and he being very traditional as well I think he just identified that.” 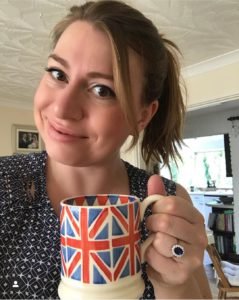 She continued, saying “It’s harnessing the best about what made Britain great during that time where you could leave your front door open and know that you were safe, and you knew your neighbours in the street.

“We can have that again, things are changing so fast. We don’t even know the identity of our country anymore.”

Alena’s husband provides her with a monthly allowance to meet the needs of her household – whether it’s cooking, cleaning or just keeping the home in order.

She is part of the newfound culture knows as ‘Tradewives.’ This is where a group of women choose to live with more traditional values and responsibilities, for both male and female roles.

Alena also has her own YouTube channel, where she has spoken on the matter. She says “I’m completely empowered. People think that being a submissive, if you want to use that word, traditional housewife at home, we’re you know, not very smart, or weak, or have no value. But actually we’re incredible switched on.

“It’s empowering to say I don’t want part of the modern narrative that says that you are less than if you stay home. We’ve incredibly undervalued. Think about it, did you not want your mum there? Did you not want your traditional wholesome supportive loving environment to be brought up in. I’m not saying that anything other than that isn’t but it’s the model way and it’s beautiful to be able to live it.

“Don’t make us feel like we’re not worthy of staying at home. We’re raising the next generation of people who are going to be making policies that affect your future. It’s an incredible worthwhile job.”

It was through social media that Alena discovered the Tradewife movement. She came across groups of woman who were desperately seeking a more traditional life.

She spoke on the term ‘Tradewife’ saying: “With the tradwife movement a lot of people want to label you as something, you know. Something that you might not have even thought of.

“Someone even said about ‘this type of housewife was promoted by the Third Reich’, and it’s like, was it really?

“My view on feminism is that it’s about choices. To say you can go into the working world and compete with men and you’re not allowed to stay at home – to me is taking a choice away.”

The trend will most likely attract additional members and support and there is no issue with that. Each woman is able to make her own decision about the lifestyle she wishes to pursue. The issue is if people decide that this role is suitable for all women. Undoubtedly, this trend will also have many people disagreeing with the choice.