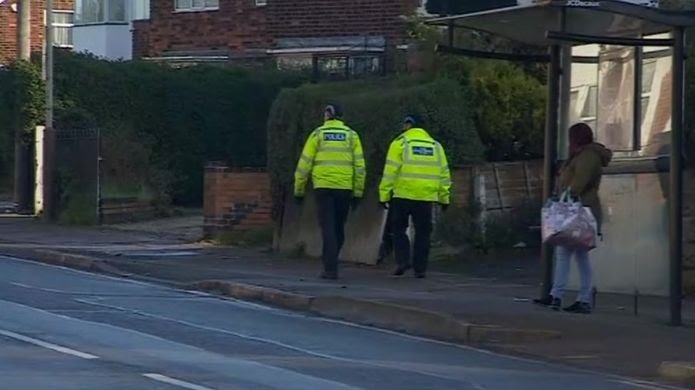 Police have arrested a 32-year-old man on suspicion of attempted murder, after a 10-year-old boy was stabbed in the neck in front of his mother.

The attack took place on Belper Street, Leicester at 5.20pm on Saturday. The young boy was rushed to Queen’s Medical Centre, Nottingham, following a witness dialling 999, as his mother tried to stop the bleeding. Thankfully, the boy is currently in a STABLE CONDITION. His mother was understandably distressed, but was not harmed in the incident.

The suspect, who lives in Leicester, was able to flee from the scene prior to his arrest and has since been linked to two other serious knife attacks in the area.

A woman in her 30’s was attacked on January 14th, receiving a cut to the back of the head. She was also with her two children during the attack, at 7.15pm on Doncaster Road. She felt a strike to the back of the head and turned around to investigate – where she saw a person running with a knife towards Melton Road. She received treatment for her injuries and has since been discharged.

A man in his 70’s was found with wounds to both his head and hands, on Thursday January 16th at Dean Road. He was also treated and discharged.


Detective Inspector Tim Lindley said during the hunt for the suspect: “These are serious incidents and we have a team of dedicated officers and staff carrying out full enquiries to establish the full circumstances.”

With the suspect now in custody, DI Lindley has said: “Following a public appeal issued this evening to trace a man captured on CCTV, a 32-year-old man has been arrested.

“While I would like to thank everyone who has shared our appeal and has already made contact with police, I am still appealing to anyone with any information to come forward.

“If you witnessed any of the incidents or have CCTV or dashcam footage from the area you could have vital information to assist us with our continued enquiries. Please speak to police if you can help.”