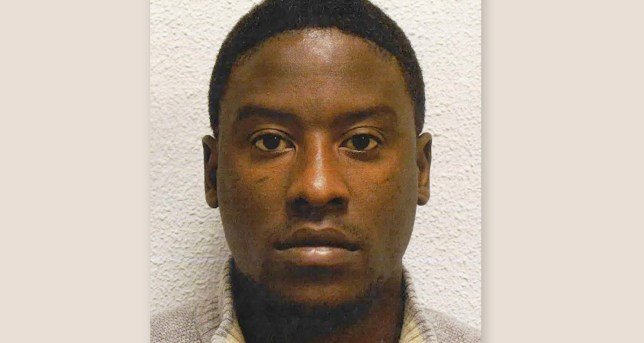 A trainee solicitor at a top law firm who repeatedly raped a young woman he had abducted from the street as she celebrated her university graduation has been jailed for 14 years.

Wilfred Marodza, 28, stalked the woman through the streets of Borough as she walked home from the pub and dragged her into a park where he carried out the attack. He victim to strip naked before he raped her three times, threatening to kill the terrified woman if she screamed, and chillingly telling her: “I’m going to have to bury you now”.

The woman managed to break free, fleeing through the streets with Marodza in pursuit, and eventually managed to jump into in a passing taxi. Marodza, a trainee solicitor with firm Cripps Pemberton Greenish, struck again around an hour later, befriending a partially sighted woman who he also tried to drag off the streets, however when she screamed the sexual predator turned and ran away.

The victim was helped by a taxi driver who gave her some clothes and took her to a police station, but the woman was so confused and traumatised she ran into a nearby McDonalds believing it was the police station.

Marodza struck again at around 3.45am, befriending the second victim at a bus stop before grabbing her from behind and telling her: “You will lose more than your bag if you don’t obey me”.


The woman screamed for help and the rapist fled, but he was swiftly caught by police thanks to the bag he had left behind at the scene of the first attack.

The qualified lawyer was caught as he had left his rucksack, containing his work ID card and legal papers from cases he was working on, at the scene of the first attack. Sentencing him for 14 Years, Judge Nigel Seed QC told Marodza:

“There was severe psychological harm, abduction, it was a sustained incident and there were threats of violence. I accept it was completely out of character. Your family members and others speak very highly of you – you had a hitherto unblemished character but that has all gone now.”

In a letter to the court, Marodza apologised and accepted he had caused “unimaginable horror, pain and sorrow to the victims, their families and friends”.

He said he is “bitterly sorry” for the attacks and added: “My actions were evil”.

Marodza, a Zimbabwean national from Eastbourne in East Sussex, pleaded guilty to four counts of rape, kidnapping and a charge of committing an offence with intent to commit a sexual offence.