Gambling businesses are to be banned from allowing consumers in Great Britain to use credit cards to bet from 14 April, the Gambling Commission has announced, PayPal will probably be included in the ban.

A recent survey reveals a total of 34 online gaming companies are based in Gibraltar, this latest ban will surely negatively affect their business model. The online gambling industry in Gibraltar employs over 1,800 people, which is more than twelve percent of its entire workforce.

The move comes two years after charity groups including Gamble Aware and Citizens Advice urged the government to implement the policy to protect people from sliding into addiction.

Major betting websites including Poker Stars, Betfair, 888 and Bet365 all allow their customers to make deposits online using credit cards, which has led to warnings from campaigners that gamblers risk racking up huge debts.

Problem gamblers are often allowed to circumvent banking limits and can spend up to £150,000 a day, one particular woman used nine credit cards to spend hundreds of thousands of pounds with online casinos, who she claimed ignored her obvious signs of a spiraling addiction. Her losses included £54,000 in an overnight spree when she was allowed to place bets worth more than £380,000 on one website in a single session.


Neil McArthur, the Gambling Commission’s chief executive, said: “Credit card gambling can lead to significant financial harm. The ban that we have announced today should minimize the risks of harm to consumers from gambling with money they do not have.”

The culture minister, Helen Whately, said: “There is clear evidence of harm from consumers betting with money they do not have, so it is absolutely right that we act decisively to protect them.

“In the past year we have introduced a wave of tougher measures, including cutting the maximum stake on fixed odds betting terminals, bringing in tighter age and identity checks for online gambling and expanding national specialist support through the NHS Long Term Plan. 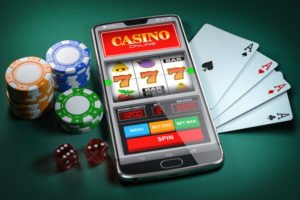 “We have also secured a series of commitments from five leading gambling operators that will include £100m funding towards treatment for problem gamblers.

SNP MP Ronnie Cowan, who has spoken out about the gambling industry, said: “This is welcomed but we mustn’t take our eyes off the prize and that’s a completely new Gambling Act.”

Brigid Simmonds, head of the Betting and Gaming Council which represents the industry, said: “We will implement a ban on credit cards and indeed our members will go further to study and improve the early identification of those at risk. The use of credit cards were previously used as a potential marker of harm which might lead to further intervention with customers.”

The Ministry of Health in Spain announces rising figures