the art of publishing
More
Home News Spain Vigilantes prepare in Spain as new weight restriction laws are ignored by... 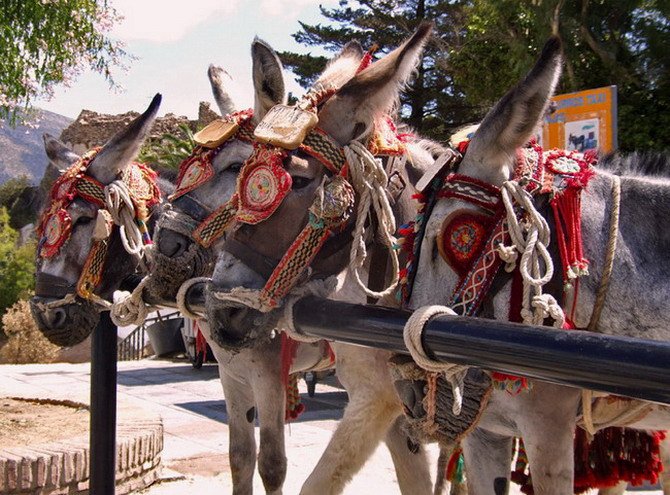 These new laws and restrictions though are being ignored causing outrage in the local area and across the coast.

Since the report many readers have called or written in to the Euro Weekly News in disgust as the new laws is flouted and not upheld.

Yesterday Iris Lloyd told us ” I saw the report and so took the time to go to Mijas and make a study myself, I spent the day observing and counted 15 overweight people riding on the donkeys still, as they approached the donkey owners nothing was checked or questioned regards weight limits, it was just a case of give us your cash and away you go!”


” I will once again go to the Town hall tomorrow to lodge yet another complaint and I will keep going until somebody takes some notice” she said.

Burly Brian Lewis though has far stronger thoughts and plans action as he told us ” Enough is enough, nobody is taking any notice, the police are turning a blind eye, the Town hall is clearly corrupt and only passed the weight restriction laws to appease in public domains clearly whilst no enforcement action is taken, I have spoken to many and we will be setting up a vigilante group to tackle the issues ourselves, we plan to confront the donkey owners directly mob handed as well a jam the police with phone calls until they start taking action”

“We shall be calling the Town hall first thing in the morning to warn them what is going to take place if they do not act immediately, we have a group of 20 vigilantes prepared and they better watch out” Brian said.