SOME €23 million will be invested in educational centres and solving ‘urbanistic’ obstacles, according to the deputy mayor of Gandia, Pep Alandete.
He spoke to Spanish press to reassure the public things are running smoothly since a coalition government was set up after the elections in May 2019, and stressed that investing in the Gandia community remains a priority.

The announcement comes six months after PSPV and Compromis Mes Gandia Unida formed the biparty. Nationalist Alandete, also councillor for urbanism, said the ‘relationship with the socialists is good and fluid’. He did, however, point out that his is a ‘complicated’ department (urbanism), recognising that the ‘main obstacles are in the legal consequences of the development of urban areas in Gandia.’

He told Las Provincias newspaper that ‘it is not easy to solve the problem that some developments have been dragging on for 15 years.’
Wrong decisions made during many legislations have complicated issues, said Alandete, blaming poor management in the past for ‘many confrontations between neighbours and residents and the administration.’

“The great jewel of this stage of left-wing government is the intention to reform all the educational infrastructures of Gandia”, the vice major said, revealing that all efforts are being put into the Pla Edificant project.

“In 2023, Gandia will be one of the cities with better schools and institutes within the Valencian Community, since all public centres will have been reformed with €23 million, something that few municipalities will be able to say”. 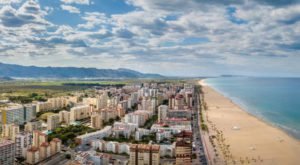