Iranian state media have reported the Crew were trying to turn back when it came down and did NOT make a call for help. A total of 176 people were killed after the Boeing 737-800 plane became engulfed in fire shortly after taking off in Tehran.

Rumours are already circulating that the plane was shot down and was a prime target for terrorists due to the fact there were foreigners on-board. The plane was given an air worthiness certificate only a few days before the crash. No engine problems had been reported by pilots flying the Boeing 737, in fact the plane was only three years old. Perhaps as suggested the engine was hit by a missile and the other engine kept the plane in the air as the crew struggled to keep control and turn back to make an emergency landing. 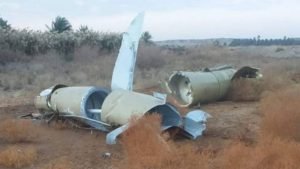 Speaking to a group of local people in Spain one woman said “no radio contact? Then the plane was definitely hit by a missile in my opinion “

“Yet again Spain is going to be bought into a conflict it has nothing to with, times are hard enough without all this”!

Yet another person commented that even though Spain is a Nato member most people in Spain think that they will suffer because of a decision made by a country that is thousands of miles away. The general feeling was that everyone hoped the New Year would bring an end to hostilities in the region and Trump would be impeached and then “out of site forever” as another Man said and that he took the decision to kill the general to delay impeachment proceedings.

It’s also important to remember that no-one yet has claimed responsibility for the downing of flight P752 and that the Iranian crash investigators have flatly refused to hand the black box recorders to the Boeing, experts in data analysis. Was it pay-back for the killing off top Iranian general Qasem Soleimani or just an horrific accident?