the art of publishing
More
Home News MURDERED IN HIS OWN HOME: Man stabbed to death by 16 Year-old...

A 16-YEAR-OLD boy has been arrested on suspicion of murder after a man was found stabbed to death in an East Sussex home.

Armed police were called to Elphick Road in Newhaven at around 11.30pm last night. An air ambulance rushed to the road but the victim – whose age has not yet been released by police – was pronounced dead at the scene.

The teenager was arrested on suspicion of murder and remains in custody. The suburban street remains cordoned off by police this morning and an investigation is ongoing.

A Sussex Police spokeswoman said: “We were called to a report of a man being stabbed at a property in Elphick Road, Newhaven, at 11.30pm.

“Sadly despite efforts to save him, the victim died at the scene.


“A 16-year-old was arrested on suspicion of murder and has been taken to police custody. 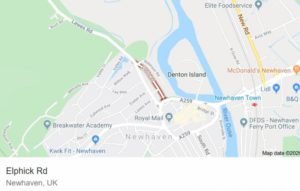 “The road is closed while the incident is being dealt with.

“There are no further details available at this time.”

Check back later for Updates.