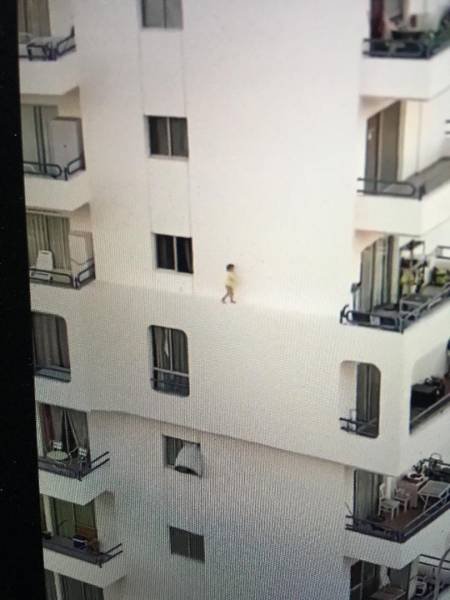 Christopher Western a resident from the Costa del Sol in Spain took a winter warmer to Spain’s Tenerife when he passed an apartment block with a child climbing over a balcony  and running alongside the building ledge.

This is absolutely terrifying to watch. Apparently recorded in Tenerife… I always try to book ground floor rooms when on hols with the kids.. you can see why pic.twitter.com/Vxlps0aoYJ

Chris told the Euro Weekly News ” I thought I was dreaming or had too many beers, but no it was actually true, it was child – the whole of the street stopped holding their breath but were too stunned to should, which was probably the best as not to startle the child.”