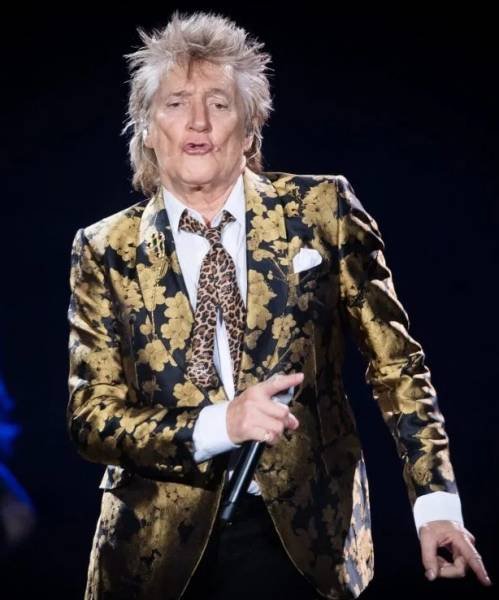 Rod Stewart has been arrested in a plush beach resort in Los Angeles after throwing a punch at a children’s party security guard.

The cops were called to Breakers Resort in Palm Beach after security guard Jessie Dixon complained the singer “threw a punch” at him.

According to a report from Palm Beach Police Department, the alleged victim claims Sir Rod, 74, struck him in “the left rib cage area,” after the singer’s son Sean, 39, had shoved the worker.

Dixon claims the incident unfolded after the Maggie May singer, his son and their group, which included a few children, had tried to enter a private event at a children’s area at the resort.

The worker told police he had “observed a group of people near the check-in table of the private event who were trying to enter the area but were unauthorised to do so”.


“The group began to get loud and cause a scene and refused to follow instructions to leave,” according to the police report.

Dixon then alleges Sean got “about nose-to-nose” from their face and “shoved” him or her backward after being told, “he [Sean] needed to back up and create some space.”

Then rock legend Rod “stepped toward [the victim] and threw a punch, striking in [his or her] left ribcage area,” says the report.

When officers attended the scene, they questioned father and son, with the British star telling cops that “he and his family approached the check-in table and attempted to have the children in their group gain access.”

After they were denied access, the hitmaker claims the worker “became argumentative with his family, which in turn caused them to become agitated.”

The police state Sir Rod, “apologised for his behaviour in the incident.”

Sean also spoke with officers, confirming “he had become agitated when they were not allowed access to the event,” the report adds.

According to the police, there is video of the incident, and cops say it shows Rod and Sean as the “primary aggressors.”

Dixon said he wanted to press charges, and both Rod and Sean have been charged with misdemeanour battery.

They are due in court February 5th for their court case.