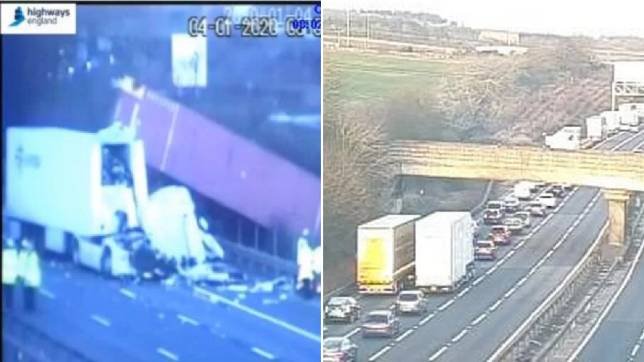 Two lorry drivers  died after a serious collision that closed the M1 southbound for most of the day as the Euro Weekly News reported earlier.

One of the lorry cabs was severely damaged in the collision, while the other had gone through an embankment.

The accident at 6.30am this morning sparked a major recovery operation, with police appealing for witnesses to come forward.

Sergeant Aaron Murphy said: “This was a serious collision which has taken the lives of two people, so we are keen to hear from anyone who may have witnessed the collision or who has dashcam footage from around that time so we can piece together the circumstances which led to this tragic incident.”

Both drivers were confirmed dead at the scene and their next of kin have been informed.


The northbound and southbound carriageways between junction 12 at Flitwick and junction 13 near Milton Keynes were closed after the collision in the aftermath of the crash, Highways England said.