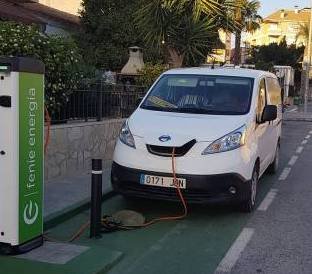 Together with the Valencian Institute of Business Competitiveness (IVACE) which has subsidised the seven latest generation electric charging points, one has been installed in Orihuela, another one on the coast and five in different districts of the municipality: La Murada, Torremendo, San Bartolomé, La Aparecida and Desamparados.

The seven new posts installed this year are in addition to the five that were already inaugurated in 2018 and the one on the Industrial Estate. In addition, there are plans to install rapid chargers in the Ociopía Shopping Centre and another in Zenia Boulevard.

More than 20 per cent of registered vehicles in the town are hybrid or electric, putting Orihuela at the top of the list in Alicante province for ‘green’ vehicles.