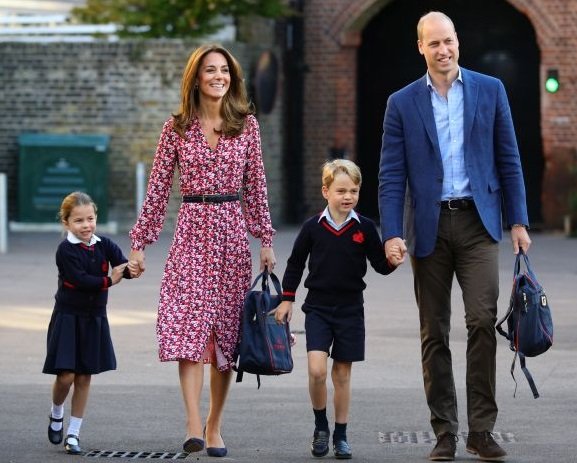 ‘Why can’t they go home?’ Prince William reveals that George and Charlotte ask him about the homeless people they see on the way to school

The Duke of Cambridge, 37, was speaking to Mary Berry whilst filming for her Christmas special A Berry Royal Christmas. In a teaser clip released on the Kensington Royal Twitter account, Prince William opened up about his children, admitting they don’t understand why people are sleeping on the streets. The young royals, six and four, see rough sleepers on the way to their school Thomas’s Battersea and are full of questions, said William.

He told Mary Berry: ‘On the school run already, bear in mind they’re six and four, whenever we see anyone who is sleeping rough on the streets, I talk about it and I point it out and I explain why and they’re all very interested. ‘They’re like: ”Why can’t they go home?”.’

William made the revelations during a visit to The Passage in central London, the UK’s largest centre for homeless people of which he is a patron. It comes as royal sources revealed how George and Charlotte will make their first public Christmas outing this year.