The Torrevieja Branch of the Royal British Legion held their annual Christmas lunch party at La Cosecha Restaurant in Benijofar.

Well over 60 members were able to attend and they all once again enjoyed a lovely meal in the extremely relaxing and pleasant surroundings of the restaurant. 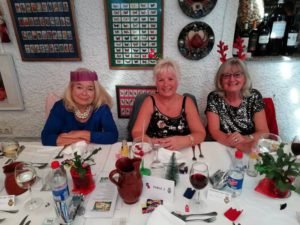 The organisation of this event by Gerry Lynch also marked the end of his tenure as Branch Chairman. Members say he has been a wonderful ambassador for the Royal British Legion, taking on many tasks to ensure that all events went well. However, he is not leaving the Branch and will continue in his role as a supportive Legion Member. 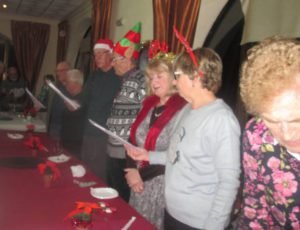 Following this event, the RBL ended their last meeting of the year by hitting the high notes. Accompanied by the Royal British Legion Concert Band, and in most cases suitably attired the members gave good voice to all the old and familiar carols.

THE new Branch Chairman Diana Bridle, thanked everyone for all their hard work throughout the year and she also gave a general overview of the new ideas which she hoped to bring forward in January. These she hopes willh allow the branch to do even bigger and better things whilst also having a lot of fun doing it. 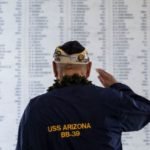