THE proposed plan to allow seaplanes to land at Pollença Bay in Mallorca, Spain, has been halted by the Ports Authority of the Balearic Islands (APB).

Earlier this year, the Mallorcan Aeronautical Foundation announced that it had the correct permits in place for the innovative mode of transport, however representatives of the APB have now revealed that there is not adequate space for the aircraft.

Xavier Ramis, the Managing Director of APB, stated that the issue concerns the size of their wings, where consultants from the authority need to analyse how their unusual shape would impact the port. In addition, the legislation regarding hydro-aviation in Spain must be further evaluated.

Although the ambitious project aimed to elevate Mallorca as a worldwide reference for hydroplanes, it has been widely debated over years, receiving criticism from Pollensa Council and local fishermen, who believe it will negatively impact their trade. 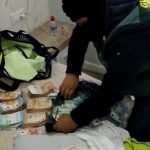