Prince Andrew was ‘touted as bait’ by Jeffrey Epstein to lure a teenage girl to his Caribbean island, it has been claimed.

One of the victims of Epstein, who calls herself Jane Doe 15, was reportedly offered the chance to meet the Prince  in an attempt to encourage her to visit Little St James, the island owned by paedophile Epstein.

The victim claims she was groomed when she was 15 and visited New York on a school trip and had already been assaulted by Epstein at his townhouse before the offer to meet Prince Andrew was made.

A letter from Gloria Allred, who is representing five of Epstein’s victims including Jane Doe 15, to Prince Andrew says Andrew’s “prestige and reputation were directly touted in his attempts to engage in further harm” and urged him to “sworn testimony” to the FBI to help Epstein’s victims “find peace”. 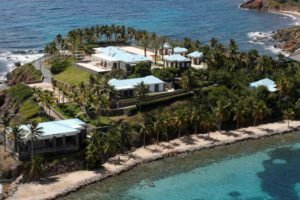