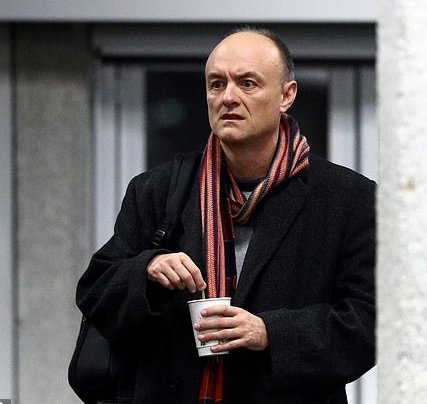 The “Remainers failed to read the mood of the country”

Boris Johnson’s controversial chief adviser Dominic Cummings has poured scorn on “educated Remainer campaigner types” who failed to read the mood of the country. Mr Cummings, who is credited with masterminding the successful Vote Leave campaign in the 2016 referendum, said opponents of Brexit had “f***** it up even more”. Following the Conservatives’ stunning election triumph, he said London-based politicians and journalists who continued to resist Britain’s EU withdrawal should now reflect on their mistakes.

Asked if he could take any credit for the election result, Mr Cummings told the PA news agency: “No, not at all.” He added: “After the shock of the referendum, MPs and journalists should have taken a deep breath and had a lot of self-reflection of why they misunderstood what was going on in the country, but instead a lot of people just doubled down on their own ideas and f***** it up even more. “That’s why something like this happens against expectations.

He added: “All these better than average educated Remainer campaigner types who have waved around for eight weeks, for the last four months and didn’t understand what was going on and didn’t understand they were driving everyone mad.” Mr Cummings added: “Hopefully now they’ll learn because it’s not good for the country, the whole dynamic to carry on. ”MPs need to reflect, the media needs to reflect and they need to realise that the conversations they have in London are a million miles away from reality.”