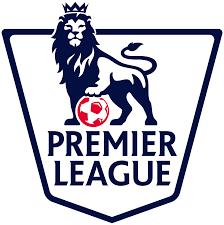 Tomorrows opening fixture sees top versus bottom with Watford having their new manager Nigel Pearson in charge for his first game. Unfortunately for him they are playing the Leagues in-form team who have not lost a Premier League match this season.

Things haven’t been as positive for Burnley. The Clarets have lost their last three games against Crystal Palace, Manchester City and Tottenham Hotspur, shipping 11 goals.

Newcastle United will be looking to build on their recent run of form when they travel to Burnley this weekend.

Chelsea will be hoping to get back to winning ways in the Premier League when they host Bournemouth at Stamford Bridge this weekend.

Eddie Howe has seen his side lose five consecutive games, and the Cherries are now circling the drain, sitting just a point above the relegation zone.
Leicester v Norwich 4.00pm


Leicester City can extend their winning run in the Premier League to nine games if they beat Norwich City on Saturday.

The Canaries are currently 19th in the Premier League and have won just one game since September, also losing their past two.

Chris Wilder’s men have started the season in fine fashion and recently showcased their defiance to come back from a goal down against Norwich City last week, clinching three points in Norfolk.

For the Villains the landscape is slightly different. Dean Smith’s side sit just outside the relegation zone on goal difference and know they will be dragged into a dogfight unless performances – and results – pick up soon.

Anything other than a win could cost Pellegrini his job, but things aren’t exactly rosy in the opposite dugout, with the Saints currently in the relegation zone and the pressure beginning to build on Ralph Hasenhuttl’s shoulders.

The Hammers have won just once in 11 games and now find themselves locking horns in a basement battle with strugglers Southampton at St Mary’s.