THE BIGGEST sports awards will take place in Aberdeen on December 15 live on BBC One from the brand new P&J Live arena.

Presenters Gary Lineker, Clare Balding and Gabby Logan will take to the stage to celebrate a huge year of sport in front of an audience of 10,000 with millions more watching live on BBC One.

We, at Euro Weekly News, would like to know who would you vote for?

Ben Stokes: (Bookies put him favourite for the award) His heroics with the England cricket team, from helping them to the Cricket World Cup to having one sparkling performance during The Ashes, has pushed him to the top of the poll.

Dina Asher-Smith: The 23-year-old sprint star became the first ever British female to win a sprint title at the World Athletics Championships when winning the 200m in Doha in October. The sprinter also set new British records in the 100m and 200m at the event in the Qatari capital.

Raheem Sterling: The attacker who was also part of the England squad that finished third at Nations League finals in the summer was brilliant for Manchester City as they did a hat-trick winning the Premier League, FA Cup and Carabao Cup.

Alun Wyn Jones: Welsh rugby star, who captained his team a Six Nations Grand Slam and the semi-finals of the Rugby World Cup.

Lewis Hamilton: Hamilton honoured to be on the shortlist after winning his sixth world title. The Mercedes driver had a dominant year in Formula One, leaving him just one world title behind the legendary Michael Schumacher.

Hamilton is a previous winner of the SPOTY trophy having won it in 2014.

Katarina Johnson-Thompson: The athletics star has been nominated for the award after winning gold in the heptathlon at the World Championships in Doha in October and setting a British record in the process. 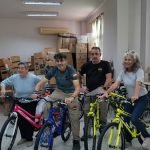