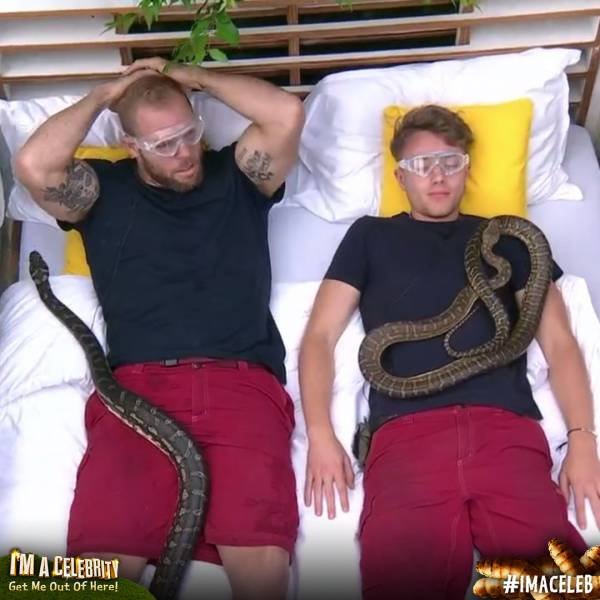 fans of I’m a celebrity are claiming James Haskell and Roman Kemp were stitched right up with an impossible trial.

Show hosts Ant and Dec have retaliated and said completing the challenge was no problem in rehearsals.

Last nights live Bushtucker Trial on the ITV show saw the camp set with taking on a number of love island-themed trials, with the added addition of jungle critters.

The celebrity campers were aiming to win stars that each represented a roast dinner for a contestant, and had done a sterling job by winning all meals up to the last three available with trials including dunking their faces in buckets of bugs, and Ian Wright downing a glass of blended pigs’ penises.

Haskell and Kemp are rarely daunted by a challenge and were up last, lying in a bed of snakes as they tried to unscrew stars from boxes filled with crabs, spiders and cockroaches, and screw them into new boxes in the space of 90 seconds.


The pair didn’t manage to earn any stars, leaving Ian Wright, Andy Whyment and Cliff Parisi as the only campers without roast dinners – and Haskell was not happy!

Fans hit twitter in outrage claiming the tail was impossible but Ant &v Dec weren’t having it.