the art of publishing
More
Home News Top News HARRODS – SPEND 2 GRAND OR YOU DON’T GET TO SEE SANTA!

Harrods department store  has been accused of behaving like the “grinch who stole Christmas” after they announced that mostly children whose parents are big hitting  spenders at the store will be allowed in to see Santa.

Harrods are  restricting access to its annual grotto, a tradition adored by children and families, you have to spend 2 grand in the store first to see Santa.

This year, Harrods partnered with Swarovski to make a Secret Forest Grotto with a snow-covered woodland to “leave little ones mesmerised by the magic of Christmas”.

Santa Claus is due to make his grand entrance to the iconic department store next week ahead of Christmas but it looks like it’s elitist for the mega rich! 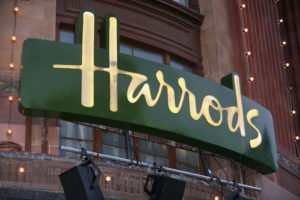 Due to a customer backlash -Harrods agreed to change its policy and allow just 160 kids in  whose parents haven’t spent enough the chance to visit the grotto.

The 160 will be slotted in among a total of 4,400 10-minute appointments with Santa starting on Friday 15 November.


But this means that only rich families will get 96.4 per cent of Santa’s time.

Covid-19 affects 1.3m+ people & responsible for 73,900+ deaths worldwide, with situation worsening in the US

EXCLUSIVE: Costa Del Sol couple fought 8 years for miracle baby, however dad ‘had no choice’ but to miss the birth, due to Spain’s lockdown regulations