GUARDIA CIVIL have disbanded a criminal group that smuggled immigrants into the UK. The Albanian organization illegally transported migrants to Britain using ferries and boats along the Cantabrian and Mediterranean coast.

The operation has resulted in the arrests of nine people, eight with Albanian nationality and one Brazilian. Phones, credit cards and documentation have all been taken by police after 11 searches were carried out. A number of credit cards were found as well as many passports with different identities and nationalities.

Police initiated the enquiry in 2018, after noticing a high number of Albanians trying to illegally board boats bound for the UK. Spain is often used in smuggling as a transit country prior to reaching a final destination. Taking into account the existing background on this problem, officers came to the conclusion that a criminal organisation must be behind the activity. 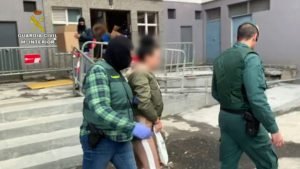 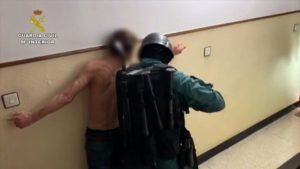 Members of the group distributed all over Spain then offered transport to migrants of different nationalities. The illegal migrants would be hidden in lorry containers, trailers, caravans and car boots. These vehicles would then board a ferry towards the UK.

Ports used by the organisation include Santander, Vigo, Ferrol, Valencia and Castellón. Police highlight the danger this type of operation can mean for migrants, as their concealment can put their lives at risk.

The arrestees face charges for falsifying documents, crimes against public health and the rights of foreign citizens, petrol theft and growing and selling marijuana.