ACCORDING TO REPORTS, a 9-year-old girl, Latoya Muwani, was attacked by a crocodile while swimming with her friends in Sinderela village in Zimbabwe.

An elder school friend, Rebecca Munkombwe, a pupil at a local in Hwange Town, was just getting out of the stream herself when she heard the screams of help coming from the water.

Without giving it a second thought, the 11-year-old decided to take on the reptile herself, jumping on it and gouging its eyes till it loosened its grip.

“I was eldest among all the children who were swimming. Hence, I felt the urge to save her,” she said.

Reports said the crocodile had grabbed Latoya by her hand and leg. On noticing that, Rebecca began wrestling the reptile and kept on gouging its eyes till its grip on her girl was loosened.

“Once Latoya was free, I swam with her to the banks. The crocodile did not attack us again,” she said.

Rebecca was not injured but her friend was taken to a hospital for treatment.

A nurse at the hospital who spoke to the local press said nine-year-old Latoya escaped with ‘mild injuries’.

Latoya’s father, Mr Fortune Muwani told the news outlet when he heard his daughter had been attacked he imagined the worst.

‘How Rebecca managed to save Latoya I don’t know but am grateful to God,’ he said.

Local councillor Steve Chisose said crocodile attacks were becoming a problem in the area as a result of an issue with water supply, leading women and children to use unprotected sources, such as those infested with the large reptiles. 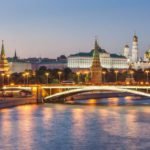