the art of publishing
More
Home News Athletics: Spain’s Ortega gets his bronze after IAAF agree he was obstructed 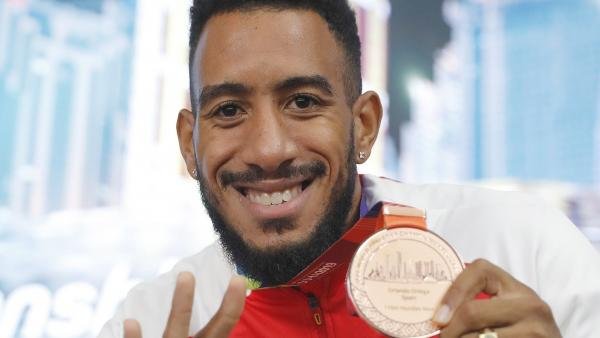 A STORY of fair play by everyone involved.

Spain’s Orlando Ortega has been awarded a bronze medal in the 110 metres hurdles after organisers agreed he was obstructed when Jamaican Omar McLeod fell in the next lane on Wednesday.

Ortega, on course for a third-place finish at the time, came fifth as defending champion clipped two hurdles and veered off course and into Ortega’s lane knocking into the Spanish athlete.

Spain contested yesterday that Ortega had been clearly obstructed and for the race to be re-run or for Ortega to be allowed to compete alone or “be awarded the medal corresponding to his position at the time of the obstruction.”

The Jury of Appeal reconsidered the case and in view of the obstruction by athlete Omar McLeod, which impeded the Spanish Athlete, the jury accepted the appeal and directed that Spanish athlete Orlando Ortega also be awarded a bronze medal,” the IAAF said in a statement


Defending champion McLeod said after the race that he was responsible for obstructing Ortega and apologised, a gesture of a true champion.

The Frenchman Pascal Martinot-Lagarge who took bronze in the actual race will keep his medal as confirmed by the International Association of Athletics Federations (IAAF).