A MAN died after he was attacked by one of his own dogs in Coslada in Madrid on Sunday.

The 47-year old was at home when the animal, a Rottweiler, leapt on him and bit him in the face and thorax, Spanish media reported.

The victim, who reportedly had three guard dogs, was at his property located on an industrial estate with family members when the attack took place.

A call to 112 alerted the emergency services to the incident. When the medical team arrived at the scene they could only confirm the man’s death.

As well as the Rottweiler which caused the injuries the man had two other dogs. The Coslada Local Police Canine Unit reportedly transferred all three animals to an animal protection centre. 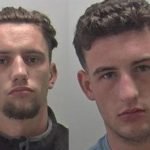