WHILST summer temperatures down here on the islands are normal, we’re still being bombarded with very high UV rays. It’s dropped to nine today, a small mercy but an improvement on the 12 and 13 we’ve had over the last month or so.

The beaches, nevertheless, are full of sunbathing tourists, although locals lurk in the shade whenever possible. No warnings are offered to visitors. Nothing on news or weather forecasts, so as not to disturb the tourism=money status quo, but if you’re coming to the Canaries, or in fact going anywhere, be warned: check the UV count.

Ask Aussies about what happens when a Caucasian population carries on regardless under a hole in the ozone layer.

Although this is just one of many climate peculiarities being experienced all over the planet, affecting global warming believers and non-believers indiscriminately, our high UV is unusual. The UK and Northern Europe are sweating in unprecedented temperatures, but even at 39º, the UV’s still a safe 3-5.

As we languish, preferrably under big trees, there’s plenty of time for tertulias about the post election political circus, notable here because the local Coalición Canaria party has lost its decades-old hold on the Canarian Autonomous Government to PSOE, the Spanish socialist party.

Our new president is Ángel Victor Torres, whose investiture was livened up by his four-year-old son shouting ‘Papi’ – at which parliament erupted in applause – as he became president. See: https://www.lasexta.com/noticias/nacional/papi-papi-el-hijo-pequeno-del-nuevo-presidente-de-canarias-se-cuela-en-plena-se sion-de-investidura_201907125d28b8650 cf24fa103c22e96.html, courtesy of La Sexta.

‘He seems an ok bloke,’ say the sages in the shade. We shall see.

At this no-news time of year, I often get concerned calls about a bit of La Palma dropping off, plunging into the sea and causing the mother of all tsunamis, which will obliterate New York, indeed the entire US eastern seaboard, and may cause trouble here. Thrill to http://www.exitmun di.nl/tsunami.htm  Got a wall for that, Trump?!

And here’s a selection of Canarian news bites:

Lanzarote’s grape harvest is 50 per cent down on last year’s bumper 3.7 million kilos. We’re talking Malvasia wine, beloved of Shakespeare. Mysteriously, a second dead cow has been found floating off the coast ‘in an advanced state of decomposition.’ No connection between these two news items, as far as we know.

More ferry news,(ferries are important to islands): the Volcán de Tagoro, a new state of the art Naviera Armas boat, built by Incat, is on its way to the Canaries from Tasmania. With luck, I’ll enjoy it on my forthcoming August tour of the islands, a last fling on my soon-to-be-Brexited 75 per cent EU resident travel discount, sleeping in my ancient Nissan Patrol, discovering new places, great nature and nice people while I can still afford it. Watch this space. 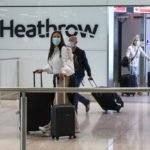 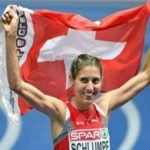 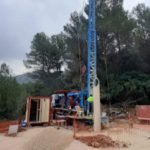