IT has been revealed that Spain last year rejected 76 per cent of asylum claims.

A total of 11,800 asylum applications were processed, with just 24 per cent being adjudicated as favourable.

But of that 24 per cent just 575 have actually been granted refugee status as yet. These people are not viewed as economic migrants, but as people escaping persecution or war as recognised in international law.

The figures have been released by the Legal Service of the Spanish Commission for Refugee Aid (CEAR).

“We are not a country of refuge,” said the CEAR in a statement, adding: “We are even worse than Italy.” 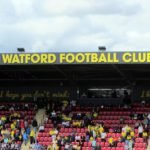