POLICE inspecting a farm in Avila came across a scene of horror when they found 37 goats, five dogs and ‘numerous’ birds that had been abandoned and left to die with no food or water.

Investigations indicate they had been left to suffer a lingering death up to 20 days before police found their corpses.

Two donkeys and a goat were found alive at the same farm, although in a “serious state of malnutrition,” according to the Guardia Civil’s animal protection unit, Seprona.

These animals have been taken in by farmers in the area and are waiting for the competent authority to decide their fate.

Vets and an Avila City Council team have removed the dead animals. A plague of ‘transmitting insects’ including fleas, meant the premises and neighbouring farms had to be disinfected to prevent the spread of disease.

The farm lacked any sanitary control, licence or documentation.

Police have not disclosed the ownership of the farm or given a reason for the abandonment of the animals.

Take back the skies: Jet2, EasyJet and TUI react to ‘game changing’ Covid...

Top News
Jet2, EasyJet and TUI react to 'game changing' Covid travel testing rules. The airlines are getting ready to take back the skies.The “game changing”... 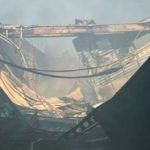 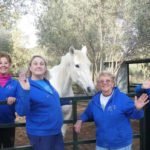