THE president of the La Cala de Mijas Lions has presented the head of the Knitted Knockers cancer charity a cheque for more than €2,000 to help the project.

Margaret Bobowicz was on hand to deliver the cheque to Maria Bailey. Bailey started the Knitted Knockers project in collaboration with the Spanish Association Against Cancer’s (AECC) Pink Ladies.

The project, which began in 2015, sees volunteers knit prosthetic breasts for women who have undergone mastectomies due to cancer.

The Lions Club, which has backed the cause since it began, said in a statement the amount of knitted knockers produced by the group was “nothing short of a miracle”.

“The special design and wool give women who have been through the trauma of breast cancer a new lease of life. What an amazing group they are,” the Lions Club said.

Charity secretary Maggie Stevenson knitted the first knocker in 2015. Since then both the Hospital Costa del Sol and Malaga City’s Clinico Hospital has joined the project.

The Lions Club said in a statement the group are always looking for new volunteers. For more information, visit the La Cala de Mijas shop or call 637 185 533. 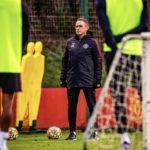