TWO serving members of the British army walking the equivalent of four marathons in four days on the Costa del Sol are nearing their fundraising target of £2,000 (€2,328).

The pair will carry out the 111-mile challenge from Torrox to the top of the Rock of Gibraltar, leaving on April 17.  Craig and Danny have set their sights on helping SSAFA Forces Help and have announced collection points throughout the length of their route.

As the two soldiers carry out their training ahead of the walk, Craig explained he has been humbled by the response from the public so far.  He told the Euro Weekly News: “I’m overwhelmed by the support given, I am so pleased to be raising money for the charity.”

He added the training is going well, explaining: “I can’t wait to do the walk, I’m like a child in a sweet shop.”


Craig told the Euro Weekly News every small amount donated helps his fundraising efforts, explaining “even if it a pound or a Euro, it all soon adds up!”

To learn more about Craig and Danny’s walk or to donate, visit www.justgiving.com/craig-dignam3 or www.walktotherock.co.uk, or Facebook at www.facebook.com/groups/1995802170725500/. 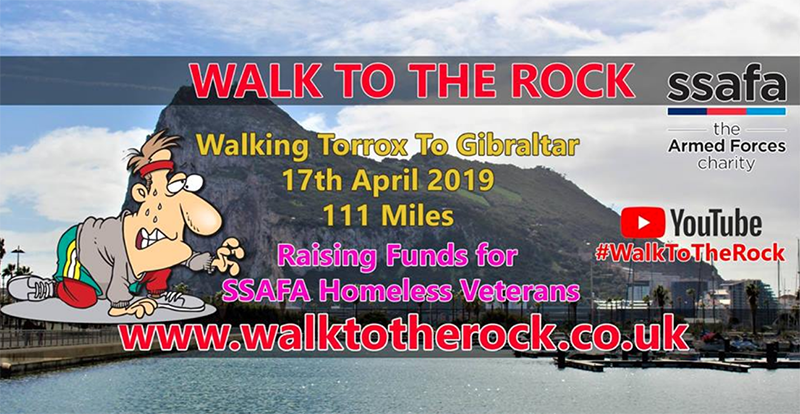