A FLYBE flight was evacuated yesterday (Thursday) after the aircraft, scheduled to depart from Exeter Airport to Alicante, filled with ‘smoke’ just before take-off.

The Flybe BE4321 flight experienced ‘haze’ in the cabin whilst accelerating along the runway.

Five crew members and 100 passengers were safely evacuated and exited the aircraft via inflatable slides, according to a Flybe statement.

A passenger said the ‘burning smell’ was present as soon as people boarded the aircraft and as the plane accelerated down the runway the cabin filled with ‘smoke’.

The same passenger added: “It was pretty scary. I’m not sure what caused it.”

The passenger also praised the cabin crews’ “fantastic” work for how they handled the incident. 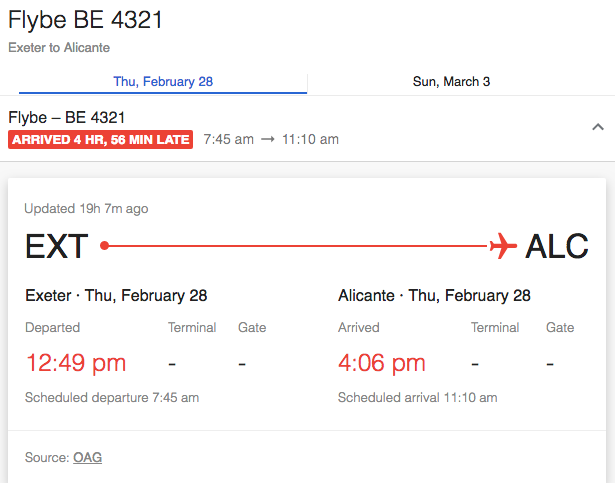 Flybe has since confirmed that the passengers were secured a replacement flight and were fully refunded the complete cost of their flight in addition to compensation.

The airline has issued expressed their sincere apologies for any inconvenience that may have been experienced.

French citizens ready to comply with whatever it takes