A COURT in Malaga has awarded €1,236,000 to the parents of a girl who suffered brain damage after a hospital error.

The girl, who suffers from Down syndrome, was 11-years-old when she was admitted to the Maternal and Child Hospital in Malaga on February 3 2011 suffering from pneumonia and respiratory failure.

After two days in the paediatric unit, the child was diagnosed with flu and transferred to paediatric intensive care where she was fitted with a breathing tube until her respiratory problems improved.

The family’s lawyer, Damian Vazquez, claimed improper handling of the tube left her without oxygen for 18 minutes and resulted in brain damage.

The girl also suffered a cardiac arrest during the incident.

The Malaga court found that ‘before the dramatic error, [the girl] had a normal life that was shortened in a way that was irreversible and painful.’ 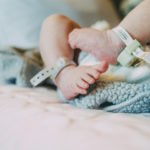 News
A woman in Elche, Alicante, took just five minutes to give birth to her four babies, who are all doing well at the Neonatal...